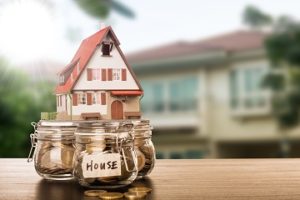 By Jonathan Watts-Lay, Director, WEALTH at work, a leading provider of financial education, guidance and advice in the workplace.

It’s easy to assume that with the plethora of money saving deals available for everything from utility bills to credit cards, together with the gradual relaxation of mortgage underwriting criteria, Millennials have never had it so good.

But, as we all know, appearances can be deceiving, and the underlying figures tell a very different story.

Firstly, Millennials have suffered from a lack of wage growth, unlike their parents.

According to research from the London School of Economics’ Centre for Economic Performance the average weekly earnings between 2002 and 2008 rose at an average rate of 4% a year and prices at just 2%.

However, growth in real wages has become stuck at around 2% since September 2014, with any growth occurring mainly being due to a decrease in price inflation, rather than any significant increases in nominal wage growth.

And unlike their parents, Millennials’ disposable income needs to stretch much further to cover a number of new expenses in addition to run of the mill costs, such as utility bills and council tax.

These include auto-enrolment pension scheme contributions, assuming their workplace has a scheme in place and that they haven’t opted out.

In addition, childcare costs are taking their toll on many families, with the average price of a full-time nursery place for a child under two currently costing £116 for 25 hours’ care per week.

But housing costs are the biggest barrier to Millennials living a comparative life of luxury to their parents.

But housing costs are the biggest barrier to Millennials living a comparative life of luxury to their parents.

Given this, having to save a deposit of around 10% of their property purchase price is now a tall order. Not to mention the legal fees and stamp duty (starting at 2% for a property priced between £125,001 and £250,000) that has to be found on-top of this, which is out of reach for many.

The decline is far worse when you delve into specific age brackets of first time buyers. For example, the proportion of homeowners aged between 25 to 34 almost halved from 67% to 36% between 1991 and 2014, and plummeted from 36% to just 9% for 16 to 24 year olds for the same period.

This explains the rise of ‘Generation Rent’: a generation forced to rent because of an inability to get on the home ownership ladder.

PricewaterhouseCoopers estimates that the private rented sector more than doubled from 2.3 million to 5.4 million between 2001 and 2014, and predicts that this trend will continue with an additional 1.8 million households shifting to become private renters by 2025.

With rents averaging £906 per month across the UK , there’s little hope of many Millennials ever being able to save enough to become homeowners.

Of course, there are regional variations when it comes to purchasing property. For example, the average house price is a staggering £482,779 in London compared with just £123,234 in the North East , so saving for a deposit may be easier for some, depending, of course, on your earnings.

It seems that life is far rosier once you overcome the housing deposit barrier. This is demonstrated by the fact that, for example, Millennials’ capital and interest payments as a percentage of their income has fallen from 21.4% in 2005 to 17.8% in 2016.

Millennials should also try to take advantage of the low mortgage rates on offer due to UK interest rates being at an all-time low of 0.25% – a far cry from the highs of almost 14% that their parents faced in 1990.

So, how can you tackle this savings challenge?

1. Review your finances
Start by scrutinising every aspect of your finances. Review each and every one of your monthly outgoings and assess if and how you can reduce them. For example, you may well be overpaying for your credit card, so research 0% balance transfers that enable you to repay only your outstanding debt, rather than hefty interest charges. Similarly, review your utility bills and visit consumer comparison websites such as uSwitch to ensure that you’re getting the best deals.

2. Explore the bank of mum and dad
Speak to your parents about the possibility of them loaning or gifting you part or all of your required deposit; you never know your luck. Don’t worry if your parents haven’t got the funds to help; you still have options.

3. Consider the government’s Help to Buy Scheme
If you’re a first-time buyer aged between 18 and 40, you qualify for the government’s home ownership scheme, which requires a deposit of just 5%. The government will lend you up to 20% of the cost of a new-build property – up to 40% if you live within Greater London – fee-free for the first five years of ownership.

4. Exploit the Lifetime ISA (LISA)
The newest of the government’s support schemes, the LISA, enables first time buyers aged between 18 to 40 to save up to £4,000 a year on top of which the government will add a 25% bonus.

5. Don’t rule out shared ownership
If you’re a first-time buyer and earn less than £80,000 a year or less outside London, or £90,000 a year or less within London, shared ownership is worth consideration. You simply pay for a share of a new or used housing association property (whatever you can afford or are willing to invest) and then pay rent on the remaining share.

6. Staff discounts
Are you making the most of any staff discount schemes? By signing up to a workplace discount scheme, you could get discount codes to high street stores or buy reloadable store gift cards, which would allow you to buy the credit at a discounted price, freeing up more of your money for your savings.

7. Workplace saving schemes
Many companies offer saving schemes such as workplace ISAs, Save as You Earn and Share Incentive Plans to help employees save their money in a tax efficient way. Individuals should speak to their employer about scheme availability.

What other support is available?

We work with many organisations to deliver a financial education, guidance and advice service to help employees to understand how to make the most of their workplace savings and benefits – whether they’re saving for their short term plans such as buying a house, or for their long term plan, including how best to maximise income in retirement.

Individuals should speak to their employers to see what support is available in the workplace.

How much income do you really need in retirement?bit.ly/2ktpxWF pic.twitter.com/iayf…

WEALTH at work listed as one of the ‘1000 Companies to Inspire Britain’ 2019 by the London Stock Exchange Group: bit.ly/2XzOBga pic.twitter.com/z2OA…