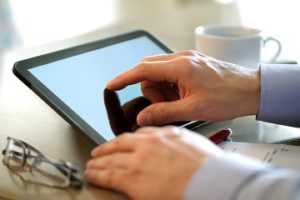 Over half (53%) of retirees who accessed their defined contribution pensions chose to withdraw their entire pension pots, according to the Financial Conduct Authority’s (FCA) interim findings of its ‘Retirement Outcomes Review’.

Of these fully withdrawn pensions, 52% had been transferred into other savings or investments, thereby losing the valuable tax benefits available in the pension scheme which can’t be replicated for example in deposit accounts.

According to the FCA, accessing pension pots early has become ‘the new norm’ with almost three quarters (72%) of pensions being accessed by individuals under age 65, and with most choosing to take lump sums rather than a regular income.

Alarmingly, the FCA revealed that individuals are increasingly accessing drawdown without taking financial advice. Just 5% of drawdown was bought without financial advice before the pension changes were introduced, which compares with 30% now.

Further, individuals who accessed their pensions early without taking advice had typically taken the ‘path of least resistance’ and purchased drawdown from their current pension provider, without shopping around.

Jonathan Watts-Lay, Director, WEALTH at work, a leading provider of financial education, guidance and advice in the workplace, comments; “These new findings are a worrying sign that many individuals still don’t understand the implications of accessing their pensions following the introduction of the pension changes.

Pensions offer a highly valuable environment in which savings can grow tax free. Many don’t realise that by simply transferring pension income into other savings or investments, they risk paying too much tax, losing out on investment growth, or worse, being scammed out of their savings – ultimately resulting in reduced income in retirement.”

He adds; “Unsurprisingly, HMRC has recently stated it’s collecting far more in tax from individuals cashing in their pots than it anticipated. And on top on this, latest reports indicate that pension scams are rife.

According to City of London Police, pension scams have hit a record high. Its figures reveal that £42 million has been lost to ‘pension liberation fraud’ since April 2014, with £8.6 million in losses reported by 24 victims in March. This is an increase on the £779,000 reported by 12 individuals in February.

Further, Age UK has found that 53% of people age 65 and above believe they have been contacted by fraudsters.”

Watts-Lay warns; “Individuals should be vigilant about the risk of being scammed, because it can happen to anyone. We cannot stress enough the importance of individuals receiving financial advice to protect themselves against this.

Financial advice not only offers additional protection measures should anything go wrong, but it also protects you from paying unnecessary tax. It will take into account your personal situation and that of any partner, and also all your assets and savings – not simply your pension pot, but also ISAs, shares and so on. It will then look at how all these savings can work together in a way to achieve the most tax efficient retirement income.”

He also explains; “Individuals should also make sure that they always shop around when looking for providers. In the past many people automatically bought annuities from their pension provider, even though there may have been better rates available elsewhere, so individuals need to make sure they look into all their options.”

Watts-Lay concludes; “All these findings demonstrate why the provision of financial education, guidance and advice by a reputable provider is more important than ever, and why employers need to do everything in their power to ensure that the right level of support is provided to all employees when they need it.”