When Should I Retire? 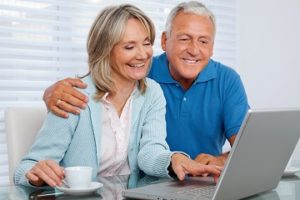 Deciding when to retire is a complicated business. It isn’t just about whether someone can afford to retire but many other considerations including their health and that of a partners’, what they want to do in retirement and how much income they will need. But then of course, where will their income come from? As it might not be just their pension but other income sources such as savings and investments.

WEALTH at work is a leading provider of financial education, guidance and advice in the workplace. We run financial education seminars for those approaching retirement.  Outlined below are some of the top considerations that seminar attendees often mention as being ideas that they hadn’t considered, or which really helped them to make a decision when planning for their retirement.

One key thing which many don’t realise is that they are unlikely to need the same level of income in retirement as they did in their working life. For some individuals once they retire, they will be paying significantly less income tax, have no National Insurance (NI) or pension contributions to make, mortgages and loans may be paid off, and children could be financially independent. Some may actually achieve the same disposable income levels in retirement or at least similar, even if their pension income is for example, half what their salary was when they were working.

Some individuals want to retire early to do the things they have dreamt of whilst they are still in good health, but don’t think that they can afford to before their state pension kicks in. Income requirements are widely believed to follow a ‘u shape’ in retirement with the first ‘active’ phase being the most expensive. Spending seems to fall after a while in what is known as the ‘passive’ phase, as people become a little less active and perhaps cut back on areas such as travelling. But costs then may go up later in retirement in the ‘supported’ phase, if extra care is required. One way to fund the ‘active’ phase before the state pension kicks in is to use the tax-free pension lump sum to boost income during this time. But individuals should also make sure that they have a plan in place to see them all the way through retirement

Some individuals don’t realise that in the last few years of their working life, they could maximise their pension savings by choosing to live off their taxable assets (e.g. investment gains and money in savings accounts) and topping up their pension with their salary.  Not only could they benefit from the tax bonus when paying into the pension, but they could also benefit when they withdraw from their pension as they may be a lower rate tax payer than when they were earning.

The new single tier state pension will be no less than £159.55 and will depend on having 35 qualifying years of National Insurance contribution. There will be a deduction for those who were contracted out of the Additional State Pension.

In reality, not everyone will be eligible for the maximum amount of the new state pension. Therefore, it is important that you check your State Pension record and National Insurance contribution history early. We urge everyone approaching retirement to make an enquiry to find out what they are going to receive. You can request a State Pension statement using a form called a BR19, which is available online at www.gov.uk/check-state-pension or by calling the government helpline on 0345 3000 168.

Many people just look to their pension for retirement income, but they should also consider other assets such as savings and investments as potential income sources. With careful planning, it may be possible to prevent someone from paying unnecessary tax. For example, if taking money from a pension might bring someone into a higher income tax bracket, it might be worth them taking the extra money needed from their taxable savings instead.

Remember that it isn’t all about money. Wise words from a recent seminar attendee will ring true for many. Whilst acknowledging they need to plan their income to last 20 years or more, they said, “I want at least 10 years to be able to do everything I’ve ever wanted to do – everything else is a bonus.”

The bottom line is that deciding when to retire and how best to optimise retirement income is one of the most important financial decisions of your life. Financial advice can be worth its weight in gold if it prevents you from making costly mistakes.

Further coverage can be found on Money Observer.