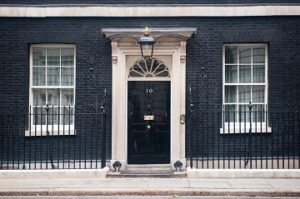 Ian Copelin, Investment Management Expert, comments ‘Today was Budget day in the UK.  And while the Chancellor of the Exchequer, Philip Hammond did crack a few jokes, unlike his predecessor George Osborne, he didn’t play to the crowd and instead showed that he was more of a steady hand on the tiller.

I would summarise it as a very cautious, short (55 minutes) Budget statement.  I don’t think it was a Budget from a government that was even remotely considering calling an early, snap election.

As Philip Hammond had already made it clear that the UK economy needs “reserves in the tank” to help maintain flexibility and cushion against any economic deterioration due to Brexit uncertainty over the next few years, he had limited scope for any giveaways.

While he didn’t make any big announcements, he did announce some good news:  the Office for Budget Responsibility (OBR) had increased its GDP forecast for 2017 as the UK economy “has continued to confound the commentators with robust growth and a labour market delivering record employment” following June’s referendum.