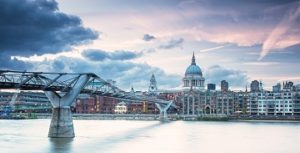 Philip Hammond has delivered his first Budget as Chancellor with no major announcements or surprises.

For individuals, there were no changes to income tax allowances other than what was already known; the income tax personal allowance will increase from £11,000 to £11,500 with effect from 6 April 2017.  The higher rate threshold will increase by £2,000 from £43,000 to £45,000 again from April 2017. The Chancellor reaffirmed the government’s commitment to having a personal tax allowance of £12,500 and a £50,000 higher rate tax threshold by the end of this Parliament.

Last year we saw changes to the way company share dividends are taxed with the introduction of a tax-free dividend allowance. Somewhat surprisingly, the Chancellor has announced that this allowance will be reduced from £5,000 to £2,000 from April 2018 but there will be no changes to the dividend tax rates of 7.5%, 32.5% and 38.1% for basic, higher and additional rate taxpayers respectively.

The new personal savings allowance has not been touched and so a basic rate taxpayer will continue to be able to earn up to £1,000 in savings income tax-free while higher rate taxpayers will be able to earn up to £500. There is no allowance for additional rate payers (savings income includes the interest you earn on bank and building society accounts plus interest from other investments such as corporate bonds and gilts).

The Chancellor confirmed the rate to be payable on the NS&I Investment Bond announced at the Autumn Statement 2016. The Investment Bond will offer a market-leading rate of 2.2% over a term of 3 years and will be available for 12 months from April 2017. The Bond will be open to everyone aged 16 and over, subject to a minimum investment limit of £100 and a maximum investment limit of £3,000. Although the limit is modest, in the current low interest rate environment, this is still worth taking advantage of.

The Chancellor confirmed that the money purchase annual allowance will be reduced to £4,000 from April 2017. This restricts the amount of tax relieved contributions an individual can make in a year into a money purchase pension, if they have flexibly accessed their pension savings.

In a measure to tackle tax avoidance, it was announced the introduction of a transfer charge for those transferring a UK registered pension scheme into a Qualifying Overseas Pension Scheme (QROP).  The transfer charge will be 25% and is targeted at those seeking to reduce the tax payable by moving their pension wealth to another tax jurisdiction. Exceptions will apply to the charge allowing transfers to be made tax-free where people have a genuine need to transfer their pension, including when the individual and the pension are both located within the European Economic Area.

It is estimated that a £2,000 dividend allowance will mean 80% of general investors will still pay no dividend tax but of course that does depend upon the size of your share investment.  Furthermore, when the personal savings and ISA allowances are taken into account, it is estimated that 98% of adults pay no tax on their savings whatsoever.

It therefore makes sense to continue to take advantage of the generous ISA allowances which will rise from the current £15,240 to £20,000 from 6 April 2017.

Also it was reconfirmed that from 6 April, savers can put up to £4,000 a year into a Lifetime Individual Savings Account (LISA), which will be topped up with a 25% government ‘bonus’, making a maximum of £5,000 saved each year. The LISA will be available for individuals under age 40 can be used for buying a first home (up to a value of £450,000) at any time from 12 months after opening the account, or taken from age 60 without penalty, tax-free. If accessed before then, the government bonus will be lost, along with any interest or growth on this amount. It will also be subject to a 5% penalty charge.

The overall ISA limit of £20,000 includes savings into the new LISA.