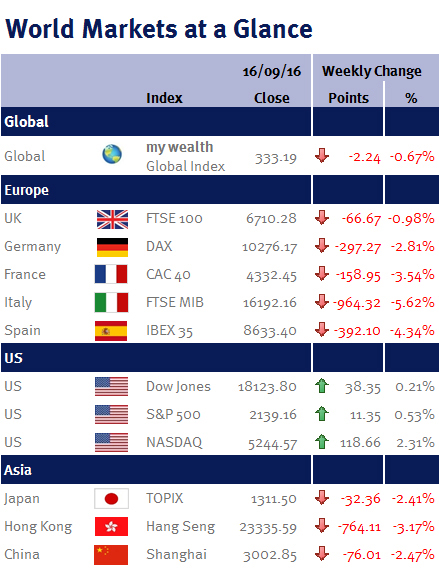 With little in the way of economic data releases to direct markets, the Dow Jones, having traded within 19 points of the 20,000 level on Tuesday (27 December 2016), slipped back over the remainder of the week.

The FTSE-100 ended the week and the year as one of the best performing global markets in 2016, up 1.06% and 14.43% respectively thanks to a decline in the value of the pound which helped shares in exporters and commodity stocks.