Charge of the Light Brigade. 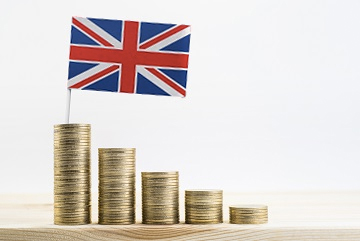 Ian Copelin, Investment Management Expert, comments “Monetary policy in the UK has been turned on its head.  Less than two months ago, economists were placing bets on when the Bank of England’s (BoE) Monetary Policy Committee (MPC) would raise rates.  Instead, due to the UK’s vote to leave the EU and the subsequent uncertainty, the BoE has today cut interest rates to a record low of 0.25%, re-started quantitative easing (QE) and signalled it is ready to add more stimulus if needed as the UK economy continues to slow down.

The nine-member Monetary Policy Committee (MPC), led by Governor Mark Carney, voted 9-0 to cut interest rates, although there was dissent on the QE increase (of the additional £60bn, the BoE plans to buy as much as £10bn of corporate bonds).

The BoE also published its quarterly Inflation Report, which included new forecasts for growth and inflation and is the MPC’s first official take on how the referendum outcome is impacting the UK.  The MPC acknowledged that they face a trade-off:  how to tackle weaker growth and faster inflation.  The BoE needs to stabilise slowing demand (the report clearly suggests that economic activity has already started to weaken and the economy is at risk of a recession), however sterling’s depreciation has put short-term upward pressure on inflation (which given their mandate, they should curb with higher interest rates).

The decision to reduce interest rates and re-start QE wasn’t a surprise given comments from several of the committee members (Mark Carney, for example, has talked about taking pre-emptive action, while Martin Weale last week joined the stimulus chorus, having previously said that he needed to see firmer evidence of the impact of the Brexit vote before supporting additional stimulus).

However, to battle the Brexit slowdown solely with monetary policy will make little significance to the economic outlook.  I believe that today’s stimulus has more to do with a communications strategy than anything else.  Given the current low level of interest rates, the key question is whether the BoE will get any help from the government in terms of fiscal policy?  However, we will probably have to wait for the Autumn Statement to hear what our new Chancellor of the Exchequer, Philip Hammond, has planned.