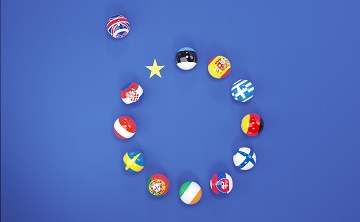 Ian Copelin, Investment Management Expert, comments “Back in February, the then Prime Minister  David Cameron described Brexit as the ‘gamble of the century’.

We are now at the end of July and exactly five weeks since the referendum result, and although we now have political stability with Theresa May as our new Prime Minister, the full economic impacts of Brexit are still not fully understood.

The majority of economic data releases during July were positive, but this was because they covered the pre-referendum period.  For example, on 20 July the Office of National Statistics (ONS) announced that UK unemployment rate dipped below 5% at the end of May, its lowest level since October 2005, while on Wednesday (27 July), the ONS reported that economic growth accelerated to 0.6% in the second quarter (up from 0.4% in the first quarter).

Of the post-referendum related releases, an Ipsos MORI poll for the Telegraph published last Saturday (23 July) suggested that one-in-10 UK consumers have put off or abandoned big spending decisions (described as a holiday, car or house move) post-Brexit, despite the fact that 57% of the 1,124 people surveyed didn’t expect to see any change in their financial situation in the next 6 months.  While the GfK’s monthly gauge dropped 11 points (its biggest drop since 1990), suggesting that households have become more pessimistic about their personal finances and the economy since the referendum result.

Elsewhere the composite Purchasing Managers Index fell to 47.7 in July (a reading above 50 indicates that the UK economy is generally expanding and below 50 indicates contraction) and was lower than the market was expecting.  While the manufacturing PMI dropped to 49.1 from 52.1 in June, it was the services sector (which accounts for the bulk of the UK economy) that saw the biggest decline, dropping to 47.4 for July from 52.3 in June.  This suggests that the UK economy may potentially be heading towards its first recession since 2009.  However, it wasn’t all doom and gloom:  manufacturing exports rose the most in almost 2 years thanks to the sharp fall in sterling (sterling has depreciated over 10% against the US dollar since the referendum results).

Before the referendum, it was suggested that a Brexit vote would deter foreign direct investment.  However, the weaker pound appears to be ensuring that investment and acquisitions haven’t been discouraged.  Japan’s Soft Bank has agreed to purchase ARM Holdings (a leading technology company) for £24.3bn, while MasterCard has purchased VocaLink (a payment processor company) for £700m; Poundland (retailer) has been acquired by Steinhoff (a South African retailer) for £600m; and AMC has purchased the Odeon & UCI Cinema Group for £921m.

Furthermore, the UK’s biggest pharmaceutical company, GlaxoSmithKline Plc, this week announced plans to invest £275m in manufacturing facilities across the UK to boost production of its respiratory and biologic medicines, while McDonald’s announced that it will create more than 5,000 new jobs in the UK by the end of 2017.

However, a weaker pound will result in higher inflation (or ‘imported inflation’ as a weaker pound increases the cost of our imported goods).  And next week the Bank of England’s (BoE) Monetary Policy Committee (MPC) meet to decide monetary policy.  Mark Carney, the BOE Governor, has commented that easing will probably be needed, even though the BoE has an inflation target mandate.  While, Martin Weale, a fellow MPC member, said this week he also now favours immediate stimulus.

Although it is possible that inflation will rise above the BoE’s 2% target next year due to sterling’s weakness, given the outlook of slowing growth and a potential recession, I expect the MPC to look through the short-term impact on inflation as I believe that this is unlikely to become entrenched and instead loosen monetary policy potentially by cutting interest rates and/or restarting its quantitative easing (QE) programme.

So far, in five weeks since the referendum result, judging by the reaction of the global financial markets, a Brexit hasn’t been a bad ‘gamble’.  As I write, the FTSE-100 is now officially in a bull market, having risen 5.85% since 23 June, while in the US the S&P500 index has recorded new highs, gaining 2.68% amid speculation that the Federal Reserve will delay raising interest rates.”