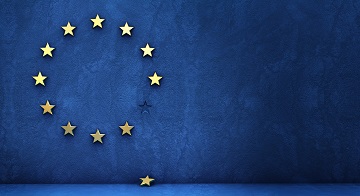 Ian Copelin, Investment Management Expert, comments “There are certain days you never forget and this will be one of them!

It was shaping up to be one of the best weeks for the FTSE-100 and the pound in years, with plenty of bullish sentiment.

That changed overnight as the vote results started to show the UK would ‘Leave’ the EU.

While in the long-term this could be positive for the UK and Europe in terms of much needed reform, in the short-term it will create uncertainty, which unfortunately will continue until it becomes clear what trading agreements the UK can negotiate between Europe and the rest of the world.

While there are many tons of dust that need to settle, today promises to be amongst the most turbulent days ever for financial markets as the market has to re-price itself given the referendum outcome.

I will write further Market Updates as the days progresses, as it is clearly too early to give any definitive implications, but here are some of the key impacts of the dramatic night and morning we have had in the UK:

However, this is not a time to be selling first and asking questions later.

There is no point pretending that everything today is rosy as portfolio values will be lower.  However, I would like to emphasise clients’ growth portfolios are globally diversified which helps hedge against any downturn in the UK.  In addition, the majority of the FTSE-100 earnings originate from abroad and the weaker sterling is a positive as it will increase the earnings of these companies.